To get things underway a general cross country mountain bike ride aimed at all abilities took place on Sunday 20th January from 11 am to 1pm. Starting at the trail car park at Backies and headed out Picts Path to Uppat Farm and returned via the Dipper Road.

Pictured below were the brave souls that ventured out in the zero temperatures with thanks to our trail cycle leaders Fiona Paton and William Sutherland for leading the group. 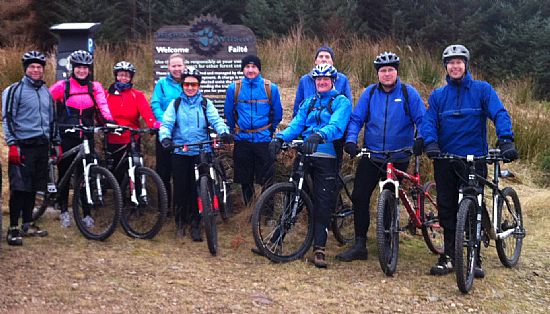